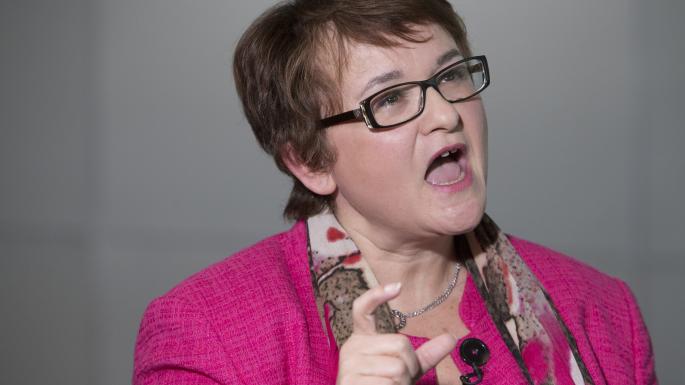 European banks could use Brexit to avoid regulation, officials at the European Central Bank have warned.

Sabine Lautenschläger and Danièle Nouy, both ECB regulators, said that banks might try to exploit loopholes and differences in national rules to evade the bank’s rules, particularly after Britain quits the EU.

They renewed their calls for closing gaps in European rules that put investment firms and bank branches outside the ECB’s banking supervision.

“In the wake of Brexit, many banks will decide to relocate from the United Kingdom to the euro area,” Ms Lautenschläger, who represents the ECB’s supervisory arm on the executive board, said at the Eurofi conference in Tallinn, Estonia.

“And they might choose to set up third-country branches. At the same time, investment firms might also relocate. So I think it would make sense to regulate and supervise them at European level.” The issue of regulatory arbitrage has been raised by Irish officials in the past months as a cause of concern in the fight for London-based business.

Eoghan Murphy, the former junior finance minister, alerted the European Commission to his concern that other jurisdictions were seeking to undercut Ireland from a regulatory point of view to attract firms.

In June, Gerry Cross, director of policy and risk at the Central Bank, urged the ECB to prevent EU member states applying different regulatory frameworks, saying there was a risk that countries were competing on regulation rather than on their respective merits as investment destinations.

It is understood that regulatory arbitrage has formed part of the Central Bank’s discussions with firms looking to set up operations in Ireland.

The regulator has made it clear that it would only allow businesses with a substantive presence to set up in Ireland and warned firms against seeking to establish brass-plate operations.

In May, Mr Cross said that there may not be a “level playing field” across Europe in relation to each country’s legal requirements.

Philip Lane, the governor of the Central Bank, has sought to play down the role of regulatory arbitrage.

Addressing politicians in April, Mr Lane said that the scope for arbitrage was “not zero, but limited”.

“By and large, all EU countries operate under the same framework,” he said.

Reuters reported last week that fewer than 10 of 40 banks that do business in the EU from London have applied for an ECB licence to continue operating in the bloc after Britain leaves. Others are looking to set up market units that are supervised by national authorities instead.

Speaking in Helsinki, Ms Nouy, the chairwoman of the ECB’s supervisory arm, said that banks may be shifting operations to countries with looser regulation or moving activities into the so-called shadow banking sector.

“This is not a movie where a rogue hero happily flouts all the rules to save the world,” Ms Nouy told a conference in Helsinki. “This is about the stability of the banking sector, the prosperity of the economy and the wealth of society as a whole.”

“Cross-jurisdiction arbitrage has become even more of an issue since the United Kingdom decided to leave the EU,” she said. “Regulatory arbitrage is a matter of great concern for regulators and supervisors.”