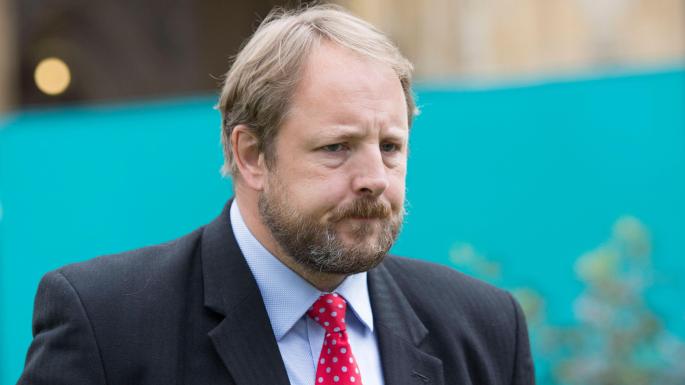 Hundreds of thousands of creditworthy consumers may be being unfairly denied personal loans, according to an MP who was refused the best rate despite having a perfect credit rating.

Toby Perkins, the Labour MP for Chesterfield, has written to the chancellor, Philip Hammond, demanding to know how personal loans are assessed after he was refused a market-leading deal by M&S Bank at an interest rate of 2.8 per cent APR, even though he has a perfect Experian rating of 999. He was instead offered 5.9 per cent.

M&S Bank says that the rate advertised was a representative APR, which means that it needs to be able to offer it to only 51 per cent of applicants for it to comply with Financial Conduct Authority (FCA) rules. It told Mr Perkins that the rate is offered to people “based on individual circumstances”.

However, Mr Perkins described the response as “tripe” and questioned the formula that M&S Bank uses to assess claims and whether 51 per cent of customers really were getting the best rate.

“I find it hard to believe that tens of thousands of people are more creditworthy than an MP who has a £100,000 mortgage on a £350,000 house,” Mr Perkins told Times Money. “Either it is offering the rate to almost no one or, if it is offering the loan to 51 per cent of applicants, then it must be offering it to people with far poorer credit ratings than me. This begs the question — who audits the decisions [the lenders] make and how do they make them?”

If you have an immaculate credit score you might assume you will get a personal loan at the lowest rate. However, that doesn’t seem to be the case.

“The unapologetic way in which it was discussed suggests it is a very common situation at your business,” he wrote in a letter to Louise Wheble, the bank’s head of communications. “I am also concerned that my credit rating gets worse with each new loan I apply for, and so having been the victim of this con actually means I am less likely to get favourable rates from other providers in the future.”

The bank’s reply (in which he was offered a cheque for £30) explained that the loan rate advertised was “always representative”. It continued: “The rate each customer is offered is based on their individual circumstances, which is made clear at the point of application.” Mr Perkins countered by demanding to know how, if his credit score was perfect, he didn’t make the top 51 per cent.

When Times Money contacted M&S Bank a spokeswoman would not disclose its formula for granting its most competitive rate, but said the bank had a personalised loan quote tool on its website “so that [people] can see the lending terms they might receive, including an indicative rate, without affecting their credit rating”.

So, how can you get the best rate?
Theoretically, you need to have a credit record that is as “clean” as possible; this means you’ve always paid your bills or mortgage on time, your level of personal debt is low, and your earnings cover the credit you want to borrow.

“Lenders determine the interest charged on personal loans based on risk, such as customer behaviour with debts and ability to repay,” says Rachel Springall, a finance expert at Moneyfacts, a comparison website. However, the precise methodology used by credit agencies and financial institutions is shrouded in mystery.

The big problem is that there are multiple credit rating agencies using different methodology, so they often disagree on your score. While you might have a 999 score on Experian, for example, it might be different on Equifax, CallCredit or ClearScore. Some reports have been known to make errors, such as mistaking you for someone with a similar name. You should check your credit ratings across all agencies. All are available to view publicly, and some are free to view.

Are banks gaming the system?
Mr Perkins suspects they are, though experts are sceptical. Being on best-buy tables is prestigious and offers banks publicity. Several smaller “challenger” banks, such as Atom, have been known to offer financial products with favourable interest rates for a very short time — often a fortnight — partly to gain publicity from appearing there. This is not against FCA rules, however.

Call for transparency
Industry campaigners have called for much greater transparency. Moneyfacts wants lenders to appear in a constantly updated quality assurance table, which has scores for customer service and the precise number of customers offered the best rates.

What is the FCA doing?
Andrew Bailey, the chief executive of the FCA, is conducting a public consultation on how credit is given. The FCA acknowledges inconsistency between rating agencies. It proposes to issue new guidance making it clear “what we expect of firms assessing creditworthiness”, which will include clarifying the role of income and expenditure in making credit decisions — however, it will not “prescribe in detail” what checks agencies make. The consultation reports its findings at the end of October.

Where to look for a loan
Personal loans are available from most banks and building societies, along with peer-to-peer lenders. You can usually borrow up to £25,000 as an unsecured loan, but if you want to borrow more a lender will ask for an asset (such as a house) as security. The bigger the loan the higher the rate of interest. Lenders typically offer loans over one, three and five years. Use price comparison sites such as moneysupermarket.co.uk to assess the best rates. Don’t apply for many because your credit rating worsens with every search you make.

HOW TO MAKE SENSE OF OUR BEST‑BUY TABLES
With the Bank of England base rate poised to go up in the coming months, we explain how to read Times Money’s Best Buy tables to
get the best deals.

Read the tables carefully
Times Money’s best-buy tables, supplied by Moneyfacts.co.uk, are an essential tool to finding the best loan rates or mortgage deals, or the bank accounts with the best rates of interest. However, they have to be navigated carefully.

When looking at them, always use a loan calculator at the same time (such as moneyfacts.co.uk/loans/loan-calculator) to get a precise idea of what you might be offered.

As well as a good credit history, note that you may need to have a relationship with a lender in place to be eligible for its best price, and it is worth speaking to a bank you already use to see if you can get a better rate as a valued customer. Your income and age may rule out some loans.

Consider whether you would want a repayment holiday (not all lenders will offer this facility), while some banks charge a fee for putting the money into your account on the day you apply.