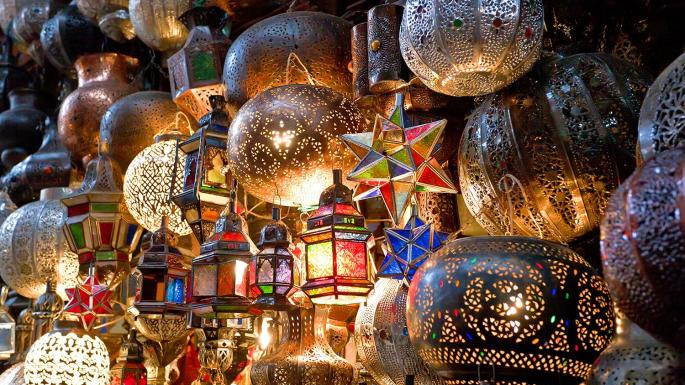 There are 6,500 exchange traded funds (ETFs) in which $3.4 trillion (£2.7 trillion) is invested, compared with $600 billion a decade ago. However, it is likely that many people, even seasoned investors, still have no idea what an ETF is, or how the rise of these funds marks a big shift from away from active management, which depends on the skill of a human stock-picking professional, to a more passive approach based on following a particular stock market index.

ETFs are poised to dominate the financial world. What used to be an interesting, but slightly “niche” sector is rapidly becoming the biggest game in town. Trading in shares of Apple, the world’s largest company, is worth more than $3 billion a day, but that looks small compared with the $14 billion a day traded in the shares of State Street’s SPDR S&P 500 fund.

The buying and selling of ETFs accounts for almost 50 per cent of all trading in US stocks. Even Warren Buffett, the world’s most famous active investor, has announced that 90 per cent of the money he would bequeath to his wife should go into a low-cost US tracker fund. Why? Here’s what you need to know.

How ETFs work
ETFs have a similar purpose to index tracker funds — they aim to replicate the performance of a particular stock market index, such as the FTSE 100 in the UK. However, while a tracker fund is priced only once a day, an ETF is traded on a stock exchange and can be bought or sold at any time during normal working hours, making it more flexible and more liquid than a conventional tracker fund.

Exchange-traded commodities (ETCs) are similar, performing the same tracking function for commodities, such as gold. The simplest way of doing this is to hold the commodity in a tangible form, such as gold bullion. This is known as a physical ETC.

The alternative approach is to use derivatives to capture the rise and fall in the price of a commodity. These are known as synthetic ETCs. Some ETFs may also adopt the synthetic approach, rather than buying all the stocks in a particular index.

What do they cost?
ETFs and ETCs are shares that are traded on a stock exchange like any other shares. Investors go through a broker and place an order. They will have to pay a dealing commission, although this can be a flat fee of as little as £10. There will also be a small spread, usually a fraction of 1 per cent, between the buying and selling price of an ETF, plus an annual charge levied by the ETF itself, which will normally be in the range of about 0.2 to 0.5 per cent. This is comparable with the annual charge on a typical tracker fund.

Are these charges going down?
A number of the bigger financial groups that offer ETFs, such as BlackRock, Vanguard and Source, are locked in a fierce battle to drive down costs. You can buy an ETF tracking the US S&P 500 index from Source for 0.05 per cent, while BlackRock’s iShares, Vanguard and DBX-trackers offer access to the US stock market for an annual charge of 0.07 per cent. You can invest in the UK’s FTSE 100 index for as little as 0.07 per cent with ETFs from HSBC and iShares.

If you want a cheap way of gaining exposure to global stock markets you can do so through ETFs from HSBC and Vanguard, which charge 0.15 per cent and 0.18 per cent respectively. Amundi and iShares offer similar access to emerging markets for 0.2 per cent and 0.25 per cent.

These charges are way below the 0.75 per cent typically charged by actively managed funds and this is one of the key drivers of the popularity of ETFs. Deborah Fuhr, a managing partner at ETFGI, the research and consultancy company, says: “This is a rare example in the financial world where private investors benefit from paying the same low level of charges as institutional investors.”

So, which ETF should I choose?
You can buy an ETF for just about anything, says Laith Khalaf, of Hargreaves Lansdown, the wealth manager. There are ETFs for all the big world stock markets, including in the UK and US, as well as world regions, such as Europe, Asia and Latin America. At a more specialised level there are ETFs covering individual countries from Mexico to Morocco, and Ireland to Indonesia. If it’s commodities that you want, you can run the gamut from maize, soya beans and cocoa to copper, iron ore and nickel. You can also buy ETFs covering bonds, currency or property, along with ETCs tracking the price of crude oil or gas.

How can I make the most of ETFs?
Justin Modray, of Candid Financial Advice, the online independent adviser, says the vanilla approach is to use ETFs, like tracker funds, as a way to gain cheap exposure to a particular market, such as the UK or Europe, or a commodity, such as gold or oil. However, the options available go far beyond that.

Nizam Hamid, the head of strategy at Wisdom Tree Europe, which runs a range of ETFs, says: “There are sophisticated products that cover an index, such as the FTSE, but then give it a particular tilt, for example by focusing on income-producing stocks. We have an equity income ETF that offers exposure to about 100 companies with an average yield of 4.7 per cent — significantly higher than the market as a whole.

“In the same way we have a Europe Equity ETF that seeks to benefit from the strong dollar and weak euro by focusing on stocks, such as LVMH, L’Oréal and BMW, that generate more than 50 per cent of their revenues outside of Europe. Importantly for UK investors, it is available with a sterling-hedged share class, which protects investors should the pound strengthen against the euro.”

Another tactic that adventurous investors can adopt is to buy “short ETFs”, which make money when a particular index or commodity falls in value. They can be used either as a straight one-off bet on a particular market going down or as a way that long-term growth investors can hedge against short-term market falls.

For those investors with real nerves of steel there are also leveraged ETFs, which have a multiplier effect on returns. For example on a two-times leveraged ETF any rise or fall in the index would be doubled in value, providing scope for spectacular gains — or spectacular losses.

Mr Khalaf says: “These types of ETFs are very risky and we would warn investors to be very careful before putting any money into them.”

What’s the downside?
ETFs are, to a certain extent, blunt instruments. They buy all the shares in a particular index and don’t attempt to discriminate between the good and the bad.

Another problem, says Mr Modray, lies in the use of derivatives for so-called synthetic ETFs. He says: “With these derivatives the ETF manager is dependent on a third party to deliver the hoped-for return. This risk, known as counterparty risk, might seem fairly remote if the third party is a large investment bank, but, as the fall of Lehman Brothers showed us, large investment banks can fail.”

A further drawback to consider, he says, is that ETFs are shares and, as such, do not enjoy the protection of the Financial Services Compensation Scheme.

The experts’ picks
Justin Modray, of Candid Financial Advice, the online adviser, says that if you want a cheap and simple UK stock market tracker you could go for the iShares FTSE 100 UCITS ETF, which has an annual charge of 0.07 per cent. If you prefer an all-share tracker, he picks the State Street SPDR FTSE UK All Share ETF.

For a US tracker Mr Modray suggests one focusing on smaller companies, such as the iShares S&P small-cap 600 ETF, with an annual charge of 0.4 per cent.

He says: “This is a good way to invest in US smaller companies, where managers struggle to beat the index. “

In a very volatile year, many investors have sought refuge in gold. Mr Modray picks the ETF Securities Physical Gold Sterling ETC, with an annual cost of 0.39 per cent. He says: “This fund tracks the gold price and holds physical gold rather than using derivatives to try to track the price. There are no fund equivalents as funds tend to invest in gold mining companies, whose share prices usually exaggerate underlying gold price movements.”

For those seeking a cheap way to gain exposure to bonds, Mr Modray highlights the ishares Global High yield Corporate Bond ETF, with an annual charge of 0.4 per cent. He says: “This is a cost-effective way to track a basket of high-yielding bonds from companies globally.”