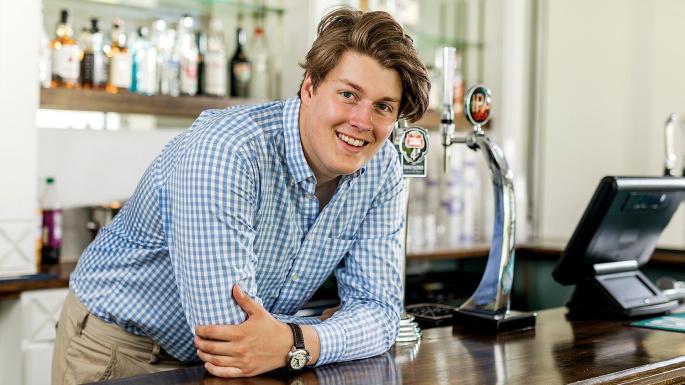 University fees dominate the headlines when politicians debate student finance. Once students arrive on campus, however, it is living costs that become the pressing issue.

Most undergraduates take out loans to cover their tuition fees; this is paid directly to the university in three termly instalments. Twelve per cent pay the fees themselves — or, rather, their parents do. Students can take out a loan from one of the numerous loan providers available, like SoFi for example. The application process is pretty simple and straightforward and students should get an idea of how much they can borrow pretty quickly.

Maintenance loans are also paid once a term, but these go directly to students to pay bills, including accommodation. The size of this loan will depend on a student’s personal circumstances and those of his or her family. Students with parents whose combined earnings are £62,187 or more can borrow £3,928 a year, or £5,479 if studying in London.

Maximum loans go up in stages linked to parental income, with undergraduates whose parents earn £25,000 or less able to borrow £8,430, or £11,002 in London. Undergraduates who live at home are entitled to slightly smaller loans.

For most students there is a substantial gap between what they can borrow and how much university life costs. Having a plan to bridge this gap is important, whether by working during the holidays or in term time (something that universities may frown upon), or relying on the generosity of parents or other relatives.

It’s sensible to work out a budget: calculate your outgoings for each term, including a realistic amount for socialising, divide this into weekly amounts and try to stick to it.

Many universities offer bursaries based on family background or academic or sporting achievement.

Student loans start to accrue interest straight away; the rate is calculated at 3 per cent above inflation (the retail prices index, or RPI) and is 6.1 per cent, up sharply from 4.6 per cent last year.

Once students graduate, the rate of interest depends on how much they earn: those who earn £41,000 or more will accrue interest at 6.1 per cent, but the rate is lower for those earning less.

People will have their own views on tuition fees and the replacement of maintenance grants with loans, but some of the arguments muddle the way student loans work. They are income contingent, so graduates pay them back only once they earn more than £21,000, and the loan is written off after 30 years. It is, perhaps, better understood as a 30-year graduate tax.

Martin Lewis, the founder of the website Moneysavingexpert, who headed a task force to explain the system to students, advises most graduates not to repay loans with lump sums. Writing a cheque for £10,000 and sending it to the Student Loan Company is simply “throwing money away”, he says, because monthly repayments will stay the same.

A more prosaic issue is the interest offered on student bank accounts — usually students’ eyes will be on overdraft arrangements. Barclays, HSBC, Halifax and Nationwide offer interest-free student overdrafts of £3,000 for various periods; the limit is £2,000 with Santander, Lloyds and RBS/Natwest.

However attractive these seem, there are big risks. If you go over these overdraft limits you will pay high fees, so check the charges. When the offer expires — whether after three, five or six years — higher interest rates will kick in, and it’s harder to switch bank accounts when you are overdrawn.

For students who are able to stay in credit it’s a good idea to have a current bank account for regular transactions and a linked savings account where you can put money aside until you need it — it will also make it easier to manage that cheeky holiday to Zante.

You have to budget for key things such as course books and joining clubs.

You spend more in freshers week than in the whole year because you are out most nights — it’s full-on socialising and meeting people.

It can be expensive joining university societies — it cost me about £200, including the kit for the cricket society — but it is an easy way to make friends with similar interests, which really helps you to settle quickly into university life. I met most of my pals through squash and cricket.

You can make your money go farther by buying things such as a combined sports and gym pass, taking advantage of supermarket meal deals, eating in the students’ union and going out on students’ night when drinks are better value. You should also make sure that you’re utilising price comparison sites like Only Reviews whenever you’re buying particularly expensive items as they’ll find you cheaper alternatives to what you would have otherwise purchased

I signed up for a Waitrose card because you used to be able to get a free cup of tea or coffee every day (now you have to buy something first), and went to Wetherspoons because you could get a decent meal and a pint for under £5.

I love cricket and got a job in my first term working a couple of shifts every week as a barman at Nottinghamshire County Cricket Club’s Trent Bridge ground. On average, that earns me £200 a month — and there is the extra perk of free food. I also receive a £400 monthly allowance from my parents.

The extra money has gone towards my social life and prevented me needing an overdraft. I’ve got friends who were £2,000 overdrawn in just a few months.

A two-year student railcard has saved me lots of money and my National Union of Students card gives me good discounts — typically 10 per cent.

I bank with Barclays and I’ve got an app on my phone so that I can easily check my balance and make sure I’ve got enough money.
Alex Mason is 19 and studying for a BA (Hons) in broadcast journalism at Nottingham Trent University