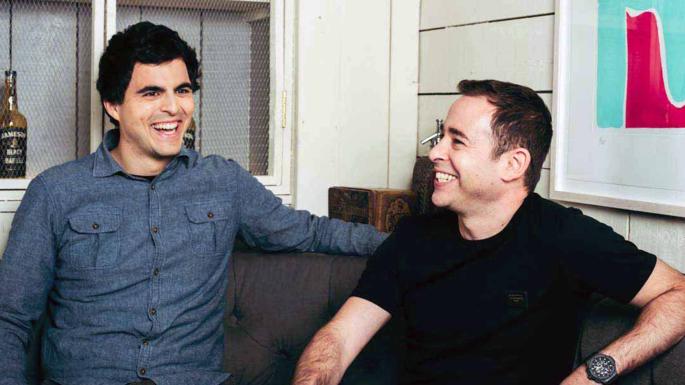 If simple ideas are often the best, the concept behind Dublin-based tech start-up Cloudwith.me is an absolute stinker. According to its website, the company offers a “managed hosting solution for hyper-scale cloud services”. Confused? Try this catchy slogan: Cloudwith.me is “building the blockchain decentralised crowd cloud”.

Such tech-speak has not stopped the two-year-old data services business raising $10m (£7.5m) from amateur investors through a so-called initial coin offering (ICO), the latest obsession sweeping the world of start-up financing.

The offerings, which see companies issue tokens to investors who pay in cryptocurrencies such as bitcoin, have alerted financial watchdogs. The Financial Conduct Authority (FCA) called ICOs “very high-risk, speculative investments”. China has banned them outright.

For small tech businesses, the lure is understandable. Millions can be raised in seconds without having to jump through the regulatory hoops of securing venture capital backing, selling shares to individuals or taking out a bank loan. But companies using ICOs will be subject to the wild fluctuations in digital currencies. Over two weeks, the value of bitcoin is down more than 30%. And investors use the tokens they buy in a future exchange for the company’s goods or services; they receive no ownership rights and have no protection if things go wrong.

“Whenever someone makes up a new way of raising capital, it often means that someone else is being taken for a ride,” said a leading venture capital investor.

More to the point, why raise funds through an ultra-risky ICO when there are many other options for start-ups?

Since the financial crisis, funding has started to drip through to smaller companies. Total investment by UK-based venture capital and private equity firms plunged to £12.6bn in 2009, according to the BVCA, an industry body. Last year, it hit £21.4bn. There were nine consecutive quarters of net bank lending to small businesses up to the end of last year, the government-backed British Business Bank (BBB) said. The BBB-run Start Up Loans Company has supplied a total of £300m to 46,000 companies since it was founded five years ago.

“There’s a lot more capital around now than a decade ago,” said Alex Kayyal, who runs a London-based $100m early-stage investment fund for Salesforce Ventures, the investment arm of the American cloud computing giant.

“Entrepreneurs can now have more than two conversations with potential investors. It’s like night and day,” he said.

But the positivity over funding masks an alarming gap between backing for companies in the earliest stages of development and those with a proven track record. BVCA data shows that venture capital investment at the earliest stage fell last year, with many funds choosing to wait before parting with any cash.

A government scheme set up to refer companies that have been turned down for bank loans to providers of alternative finance helped just 230 companies in its first nine months, with a paltry £3.8m of funding.

“The good news is that the ecosystem is vibrant and good businesses are being funded,” said Simon Devonshire, who advises the Department of Business on ways to encourage entrepreneurs. “The concern is that whether funds come from companies, investment vehicles or individuals, the common theme is that in times of uncertainty, they put their chequebooks away.”

That uncertainty has fed into the explosion of ICOs, which have been promoted by “financial experts” such as Paris Hilton and boxer Floyd Mayweather. The investment bank Goldman Sachs said the amount raised through the offerings in June and July surpassed early-stage funding for internet companies by venture capital firms. According to some reports, more than $1.2bn was raised in the first half of the year.

The FCA has said it is worried that ICOs will see many investors lose all their money. One way to avoid this would be to improve early-stage financing for small businesses. If there was no need to look beyond the local bank manager for help, young businesses would not resort to the Wild West of cryptocurrencies.