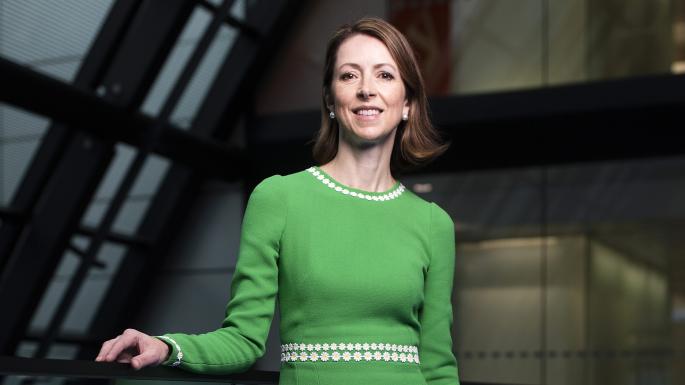 Helena Morrissey, one of the most influential women in the City, has ruled out a move into politics to take a job at Legal & General, where she hopes to “humanise” financial services for investment beginners.

She will head and expand its embryonic web-based direct-to-consumer platform, which boasts 315,000 customers and assets of £4.4 billion. She will report to Mark Zinkula, LGIM’s chief executive, and join the LGIM board.

She told that she had been in two minds about taking a role in public service but decided in the end to opt for another hands-on business role. “I can make more of a difference taking another business leadership role,” she said. “I like doing things rather than just talking about it.”

She added that she was hoping to help attract customers who had never thought about investing before or who found existing offerings offputting. She hoped to stamp out the jargon.

“We are looking to get to the point where we are all using technology to access funds in the same way that we use Amazon to access books. Our focus will be on building a service, not a sales process.”

Ms Morrissey, a mother of nine children aged 7 to 25, has been a champion of women in business, founding the 30 per cent club, a lobby group for getting more women into the boardroom. A keen Brexiteer, she was also guest editor on BBC Radio 4’s Today programme at Christmas. She is chairwoman of the Investment Association, the fund managers’ trade body.

She was chief executive of Newton for 15 years, running £50 billion of assets, before stepping up to the chairwoman’s role last August and then resigning fully in December.

LGIM is one of the biggest investors in British-listed companies, with £842 billion of assets under management. It said that the appointment reflected its commitment to developing a business offering savings and investments direct to customers.

“Technology and changing customer behaviour are transforming the savings industry, and Helana’s appointment will help LGIM to address these trends,” it said.

Ms Morrissey declined to set a target for the new business, saying: “I’m very ambitious for it, but I haven’t set a number.” She hoped the division could start to cross-sell to clients in L & G’s defined contribution pensions unit, which serves two million pension-saving individuals.

Ms Morrissey, who is 50, will take up the role on May 1. Meanwhile, she is writing an autobiography, A Good Time To Be A Girl.

On Brexit, she said that she was pleased by the progress. “The legal side has been a bit of a mess,” she said, referring to the court challenge on giving parliament a vote on Article 50, “but I think it’s going well.”