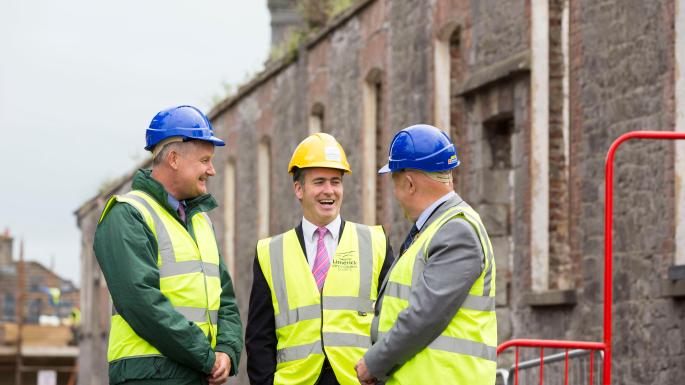 Some time back, a divorced woman raising five children on social welfare applied to her local housing body to swap ownership of the family home for a long-term tenancy, wiping out their mortgage debt as part of the process. The family finances were desperate enough to allow them to qualify for the government mortgage to rent scheme, and their house was small and cheap enough to meet the rules.

After an inspection, the housing body raised questions about the septic tank and boundaries with neighbouring properties. “The housing body wanted them to pay for a professional report on the tank and to rectify the defects with the boundary walls,” said John McGrath, chairman of Phoenix Project Ireland, a debt charity that advised the family. “They couldn’t afford it. They’re living week to week, hand to mouth.”

The deal fell apart. This was not an isolated incident; of 3,694 applications since the government introduced mortgage to rent in 2012, only 265 homeowners had been accepted by last June.

This could be about to change. Having relaxed the eligibility criteria for mortgage to rent this year, the junior housing minister Damien English will unveil more changes this month. The government is desperate to give banks a viable alternative to repossession, to avoid adding more than 30,000 households with deep mortgage arrears to the ranks of the homeless.

Why would vulnerable homeowners co-operate with funds nobody has heard of?

The idea is to put the scheme on a more commercial footing by throwing it open to private equity firms, financed by insurance companies and pension funds. Investors are being told to expect steady, long-term, state-backed returns of 3%-3.5% a year from buying properties surrendered under mortgage to rent and then leasing them to local authorities, with the former owners remaining in situ as social housing tenants.

In an environment where comparable investments such as government gilts yield less than 1%, this looks like a good proposition. Investors will be guaranteed 95% of the market rent for 20-30 years by leasing the properties to local authorities, which will carry all of the risk if the owners-turned-tenants stop paying the rent or refuse to pay on time.

It is likely that banks will offer tranches of mortgage to rent loans by tender to the private-equity firms, with the successful bidder being the firm looking for the lowest discount on the amount outstanding.

Revamping mortgage to rent would be welcomed by the banks, which face mounting pressure from European regulators to deal finally with their legacy of bad loans. For the state-controlled lenders AIB and Permanent TSB, which have the biggest arrears problems, a functioning mortgage to rent scheme would be more politically acceptable than repossession or offloading distressed mortgages to unregulated vulture funds.

Jeremy Masding, chief executive of Permanent TSB, has identified mortgage to rent and other forms of voluntary sale as priorities for addressing the 28% of its loan book classified as non-performing.

The AIB chief executive Bernard Byrne said mortgage to rent can “help a cohort of customers” who are willing to face up to their problems and want to hold on to their homes. He stressed, however, that mortgage to rent is not a “silver bullet” solution for the 19% of AIB’s loan book that is classed as non-performing. It may be another arrow in the quiver.

Goodbody Stockbrokers is equally circumspect. A reformed scheme would be “helpful but not transformative”, it says. “In our view, more substantial reductions will come from further restructuring and disposals,” the firm told clients in a note last week.

The success of a revamped mortgage to rent will hinge on large volumes of home surrenders by those who have no hope of repaying what they owe.

The nitpicking that has been encountered by Phoenix Project Ireland will disappear under the new regime, according to McGrath, because the private equity investors will have an appetite to get deals done, picking up the tab for any defects with mortgage to rent properties.

Phoenix has teamed up with one of the largest private equity firms interested in mortgage to rent, Home for Life, backed by Merrion Capital. “We don’t see any funding issue if mortgage to rent is implemented as planned,” said the firm.

Another player, Arizun, backed by US investor John McDaniel, has €500m from European institutions to invest in mortgage to rent projects, according to chief executive Cathal O’Leary.

“This is a recognised asset class outside Ireland,” O’Leary said. “We’re here for the long term, willing to take on 20-year leases and to honour a long-term landlord-tenant relationship.”

Arizun’s ambitions extend beyond the narrow confines of mortgage to rent, which accepts homeowners only if they qualify for social housing. This typically means an income of less than €35,000 for a single person living in Dublin, the commuter counties, Cork or Galway; under €30,000 for those living in other urban centres and below €25,000 in other parts of the country.

Mortgage to rent also imposes maximum values on properties eligible for the scheme: €280,000-€365,000 for a house, depending on location. This rules out many potential candidates as property prices rise across the country.

“Mortgage to rent alone can’t fix the arrears problem because it does not accommodate everyone with an unsustainable mortgage,” said O’Leary. “Of the 30,000 people with serious arrears, maybe only a quarter might qualify for mortgage to rent.”

Arizun is planning a private rental scheme for those who do not qualify for the state scheme. Instead of becoming tenants of a local authority, the former homeowners would be tenants of Arizun.

This makes it a riskier investment proposition than mortgage to rent, where the income stream is backed by the state, but Arizun’s tenants will have an incentive to keep paying the rent. This comes in the form of an option to buy back the property at a discount to market value should their finances improve. While the state scheme has a similar buyback option, those exercising it will have to pay full market value.

New Beginning, a debt adviser headed by barrister Ross Maguire, has run a pilot mortgage to rent scheme for the Department of Housing, Planning and Local Government. The big stumbling block was a reluctance by local authorities to enter mortgage to rent leases in areas where demand for social housing was low, because of the risk of being left with vacant properties.

This might be addressed by inserting a break clause allowing local authorities to terminate the lease agreement if the tenants move out. However, such a clause may be unacceptable to private equity investors, sources say.

Mortgage to rent is “not a panacea”, according to Maguire. “My guess is no more than 3,000 households will qualify — certainly not the 10,000 mentioned in some estimates,” he said.

Debt campaigner David Hall will launch Icare Housing, a mortgage to rent vehicle that he describes as “the single biggest change in favour of mortgage debtors since the arrears crisis began”. Icare will accommodate all mortgage to rent applicants who qualify for social housing, wherever they live. Unlike the private equity players, Icare is a not-for-profit body regulated by the Housing Agency.

Hall has yet to reveal the source and the scale of his backing. “I can’t see how a commercial mortgage to rent model can work,” he said. “Why would very vulnerable homeowners, who for whatever reason have refused to engage with their banks for many years, decide to co-operate with unregulated funds that nobody ever heard of?”

For profit or not, silver bullet or not, there is pressure on English to make a revamped mortgage to rent work.