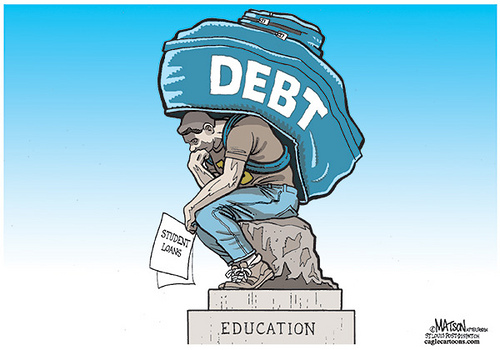 Rattled by the high turnout for the Labour Party among young people, especially university students, at the last election, the Conservative government is reviewing policies to better support them. Jeremy Corbyn’s pledge to scrap tuition fees seemed popular, so Number 10 are about to propose an alternative reform to the student finance system to show young people they’re listening. They should handle with care.

The evolution of the student finance system in this country has largely been successful and fair. The successive lifting of the cap on the tuition fees, at the same time as direct state subsidy of university has been reduced, has enabled a significant increase in the number attending – and the revenue per student in the – higher education (HE) sector. This funding model enabled the gradual lifting and eventual abolition of the cap on student numbers at universities, meaning that a record number of school leavers now attend university, including from the most disadvantaged backgrounds.

It is unsurprising that fees are not putting off school leavers from applying to university: they are given loans by government to pay them in full, and only pay their loan back at 9 per cent of their gross salary above £21,000 a year. Ignore the noisy complaints: it is literally impossible for it to be unaffordable to go to university or for graduates to struggle with their student loan repayments. If graduates don’t earn that much, the state protects them. They do not repay any of their loan when they are earning below £21,000 a year, and after 30 years, the government writes off their student loan if they have not paid it in full. This means well-paid graduates repay much more than low and even middle-income graduates.

But just because this student finance system is generally progressive and effective, an example of the supportive state in fact, it doesn’t mean it can’t be improved. The vast majority of young people who attend and graduate from our universities are among the luckiest people in history and on the planet. But they do face challenges, especially high living costs which means they are struggling to save and buy a home. Young people could do with more money in their pockets each month.

This is one reason why, in Number 10’s quest to help young people, it would be a mistake to marginally reduce tuition fees or the interest rate of student loans. Neither of these proposals would have any financial impact on almost all future graduates when they are in their twenties or thirties. These policies would simply reduce the number of months it takes for someone to repay their student loan in full, usually when graduates are in their forties or fifties.

Even then, this would only be alleviating the financial burden of the best-paid graduates. As the Institute for Fiscal Studies has calculated, 77 per cent of those now taking out student loans will not pay it off in full after the maximum repayment period of 30 years. Cutting interest rates or marginally reducing tuition fees would therefore have no financial impact on just over three-quarters of graduates, including all those on low or middle incomes. These proposals would be a waste of precious government funding.

What would make a real difference is increasing the salary threshold of £21,000 for repaying student loans. When the coalition government introduced the latest version of the student finance scheme, it was intended that this threshold would rise each year in line with average earnings. But in 2015 the government, controversially, implemented a freeze on this threshold until 2021. The result of this has been that recent graduates, especially those on middle incomes, are paying up to £7,000 more in student loan repayments over their lifetime.

The big policy offer the Conservative government should make on student finance to young people is to raise the salary threshold for repayment of student loans each year at least in line with average earnings. This would mean all young graduates repaying loans having increasingly more disposable income in the years ahead. It would, in effect, be a tax cut for graduates.

Cutting taxes is a conservative solution to helping young people. The prime minister should follow and act on this evidence and offer real support, no longer just warm words, to young people.