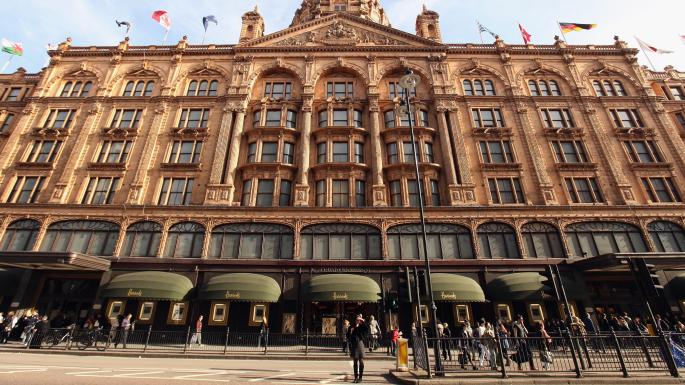 It survived scandal under the ownership of Mohamed Al Fayed, years of losses and the takeover by a Gulf monarchy, but after more than a century of life, Harrods is finally closing the doors of its only bank branch.

The department store, which is preparing to offload the business to a start-up lender, has sent letters to personal and business customers telling them to move their accounts. The 124-year-old bank has said that it will close down its branch on the second floor of Harrods, stop providing accounts and end some of its older savings products, after a strategic review of its operations.

Though only a tiny business compared with the big high street banks, Harrods Bank has enjoyed an eventful history, with customers reputed in the past to include Nick Faldo, the US Masters-winning golfer, and the late Larry Hagman of Dallas fame.

In the early 1990s, Harrods under the ownership of Mr Al Fayed was forced to split off control of its banking division by the Bank of England after a government report concluded that he and his brother were not fit and proper people to run the lender.

Speaking to The Times 20 years ago, John Simmonds, who was manager of Harrods Bank at the time, said that the lender had “probably started by accident”, as overseas customers of the shop sent in money from all the corners of the British Empire that formed the basis of its first banking operations.

Harrods Bank found favour with wealthy clients from the Middle East, in particular rich Saudis, who held accounts to fund their shopping sprees on their annual summer visits to London.

More recently, Harrods Bank and the department store’s Qatari owners have endured year after year of losses as the business has tried everything, including launching new savings products and a money transfer service, to push the lender back into profit.

Last month, Harrods Bank was sold to Tandem, a start-up online financial company, and the review of the business predated its sale, which is still the subject to regulatory approval, though this is expected to be granted before the end of the year.

Tandem, which is backed by the Omidyar Network, the investment vehicle of Pierre Omidyar, founder of eBay, said it would use the takeover of Harrods Bank to “accelerate” its launch plan to offer savings accounts to customers. “This acquisition will allow us to scale the business and ensure we can introduce as many people as possible to a new way of banking,” Ricky Knox, founder of Tandem, said last month.

“Before Harrods Bank was acquired by Tandem, Harrods also commenced a strategy review of its products and services in light of the changing nature of the banking market. As recently communicated to our customers, after careful consideration, Harrods Bank has made the decision to withdraw from operating business accounts, personal current accounts, as well as simplifying its product range by closing some legacy savings products. The Harrods Bank branch in the Knightsbridge store will also close,” a spokeswoman for Harrods Bank said.

Harrods Bank lost £6.3 million in its latest financial year to the end of January 2016, up from £3.9 million a year earlier. The lender had reported a more than trebling in other income to £1.7 million, but staff costs grew over the same period from £6.3 million to £10.8 million as employee numbers rose from 46 to 81.