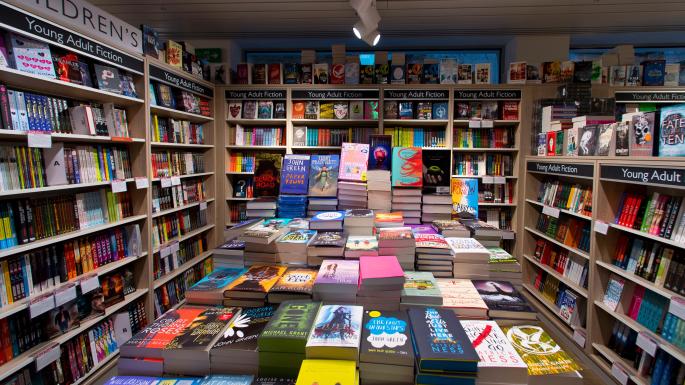 British bookshops pay 11 times the rate of corporation tax paid by Amazon, according to a report that has prompted outrage from booksellers.

The Bookselling Britain report, prepared by the Centre for Economics and Business Research (CEBR), was presented at the Booksellers Association annual conference yesterday.

Bookshops contribute £1.9 billion to the economy and pay about £130 million in tax, including the £12 million paid in corporation tax. Amazon’s accounts showed that the corporation tax paid by Amazon UK Services dropped from £15.8 million in 2015 to £7.4 million last year, the report said.

British bookshops support tens of thousands of jobs and contribute more than £400 million in wages.

Giles Clifton, head of corporate affairs at the Booksellers Association, said: “This report helps . . . to confirm beyond a shadow of a doubt [that] an enormous financial gap exists between what UK booksellers put into the UK and what Amazon does.

“At a time when the UK needs to be making the most of her own talents and utilising all her resources, both cultural, economic, and other, why on earth are we persisting with a policy that is an act of gross self-harm? This stupidity must end.”

Tim Godfray, chief executive of the association, added: “Bookshops are closing at a rate of 3 per cent per year and 275 towns across the UK can expect to lose their bookshop due to changes to business rates if nothing is done. We hope that CEBR’s report encourages our government to act to protect the nation’s bookshops and enable them to flourish.”

The director of the CEBR, Oliver Hogan, said that high-street bookshops offered readers a different experience from that of shopping online and added: “The benefits to UK communities of local booksellers stretch beyond these monetary impacts, encompassing education, literacy and the provision of an informational and cultural conduit to society at large. All of this feeds technological progress and innovation, the key ingredients in achieving long-term economic growth.”

The Booksellers Association spoke out last month about a “deeply unfair” tax system, stating that it left bricks-and-mortar bookshops having to fight online giants such as Amazon “with one hand tied behind their backs”. They called for “a level playing field”.

After Amazon’s accounts showed a halving in the amount of corporation tax paid, a Booksellers Association spokesman said: “This gives Amazon — possessed of a huge market share and all the associated commercial bargaining power that goes with it — a further substantial advantage over its competitors in the UK book trade.”

Mr Clifton cited one example where a Waterstones store in Bedford was paying 17 times the business rates paid by an Amazon unit near by.

An Amazon spokesman said that the company had invested more than £6.4 billion in the UK since 2010 and said: “We pay all taxes required in the UK and every country where we operate. Corporation tax is based on profits, not revenues, and our profits have remained low given retail is a highly-competitive, low margin business and our continued heavy investment.”