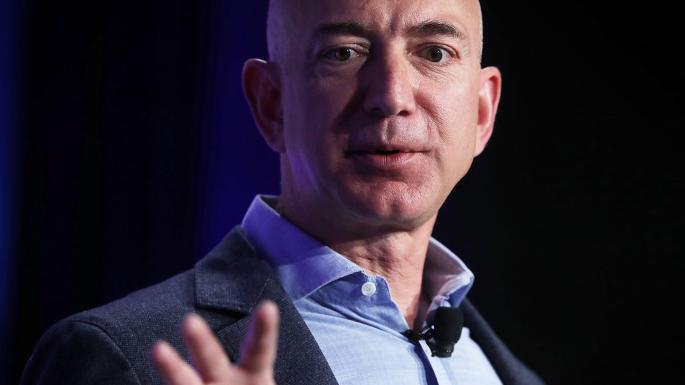 Ask any senior bank executive about the competitive threat that poses the greatest risk to their business, and one usually gets the same answer.

It’s not the “challenger banks” that are chipping away at their mortgage share and attracting small business customers. Neither is it the rash of “fintech” start-ups providing an assortment of niche banking services through mobile phones.

What keeps the banking elite awake at night is the growing shadow being cast over their industry by Amazon, Google, Facebook and Apple.

“Everyone was concerned about fintech companies causing a death by a thousand cuts,” said the chief executive of one large global retail banking business, “but the truth is, the technology giants could land three big blows and leave banks the way black cabs were after Uber.”

The tech giants have set their sights on one of the secret pots of money that have been propping up bank profits for decades: the charges skimmed off every debit and credit card transaction.

High street lenders charge businesses about 0.2% every time a customer uses their bank card to pay for goods or services. Last year, HSBC, Lloyds Banking Group and Royal Bank of Scotland alone earned a staggering £3bn (€3.3bn) from these charges.

While that sounds a lot, the sums that the banks rake in on card transactions is dropping fast. Lloyds has seen transaction fees drop by 16% to £875m since 2014. Royal Bank of Scotland’s
fell by 22% over the same period, while HSBC had a slide of 20%.

A cap on “transaction fees” imposed by the UK’s Competition & Markets Authority in 2015 has been a curb on earnings. Worldpay, the independent transaction services business that was just sold to US rival Vanquis, has been gaining market share. On the margins, blockchain technologies and cryptocurrencies such as bitcoin are taking an increasing (but still tiny) share of global payments.

“The risk has always been that the big technology companies will move into the more profitable parts of banking,” said Steve Pateman, chief executive of Shawbrook Bank, a small specialist lender. “The likes of Apple don’t want to provide credit, but they do want to process payments. If they can make a small margin on each transaction, they will be doing well while the banks are losing revenue.”

In Amazon’s case, it offers small businesses a payment-processing service and takes a share of the fees. The rest is paid to the credit card provider, but, typically, at half the fee a bank would normally receive had the goods or services been paid for directly by bank card.

Tech giants are not necessarily chasing profits. The payment services are simply a means of making transactions easier for customers and gathering invaluable data on spending preferences and habits. This means the likes of Amazon are willing to undercut bank fees further in future and win even larger parts of the payment industry.

Aneet Morar, head of digital partnerships at Lloyds who forges ties with tech companies such as Google and Facebook, acknowledges there is no point in fighting the tech giants. “We want to be wherever our customers are and, if they are spending their lives on Facebook, we need to consider that so that in future we can continue to provide convenient banking,” he said.

Other banks are taking a similar approach. Ross McEwan, the RBS chief executive, invited Google executives to his Edinburgh headquarters last month to discuss technology and innovation. McEwan and his peers know that if they lose an even larger share of the payments industry, they will be left shouldering the cost of all of the boring and costly parts of banking, none of which provides revenue.

The situation is expected to intensify with the launch of Open Banking next year. The competition regulator has ordered nine of the largest banks to open their transaction data to rivals.

“This will be a big boost to smaller banks as well as the larger technology companies,” said Jayne-Anne Gadhia, chief executive of Virgin Money.

The leaders of banking say the situation has become more acute. They are worried that tech firms will not stop at the payment industry and will identify other easy profit centres and kill them off.

“The threat is real,” said one senior banker. “The industry has to respond
more effectively.”