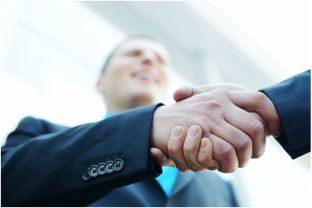 Has the time come for you to consider a career change? Changing jobs can be one of the best ways for us to get a fresh start while it can also have a positive effect on our happiness. Chances are you’ll be spending more time at work than you are home, so its important to be doing something you enjoy for your state of mind as much as anything.

Of course, changing jobs or career is no easy decision and it isn’t something you should be rushed into overnight. If it is something you are seriously considering though, here are four reasons why a career change might be for you.

To increase your income

The overwhelming reason for most people changing jobs is to increase their salary. One survey found that up to 74 percent of people who switched jobs ended up with a higher salary in their new employment than they were on in their previous role. If wanting to bring home more cash is a factor in you wanting to have a change in career, then have a look at Salarysite.Com which can give you some idea of what the average wage in different professions is.

Because your current job is too stressful

Most jobs are going to hold challenges and problems and that isn’t a bad thing as long as we can see light at the end of the tunnel and a way of overcoming those problems – over three quarters of Americans are stressed at work, after all. It becomes a bad thing when you are going home from work and can’t shift the worries and stress of what the next day is going to bring from your head. If you are getting irritable at the thought of walking through the office door and what you are going to be confronted with, then its time to consider a career change.

If you’re going to work and pouring all your energies into attempting to make the company you work for a success, it’s nice to get some recognition for your hard work. Plenty of businesses are good at recognizing what their employees do for them and handing out credit accordingly. Yet some don’t and if your bosses don’t appreciate what you are doing for them, then perhaps its time to find new paymasters who will.

One of the incentives that can keep us putting in the hours and working hard is the prospect of career progression. A hard-earned promotion and the opportunity to work our way up the ladder of a business, earning more money and taking on more responsibilities as a result can prove to be a big motivator as something to work towards. If you are working for a business where such a pathway doesn’t exist, or you’ve hit the fabled glass ceiling in terms of how high you can go, then you’ll end up losing motivation, at which point it might be time to move on in order to better yourself.