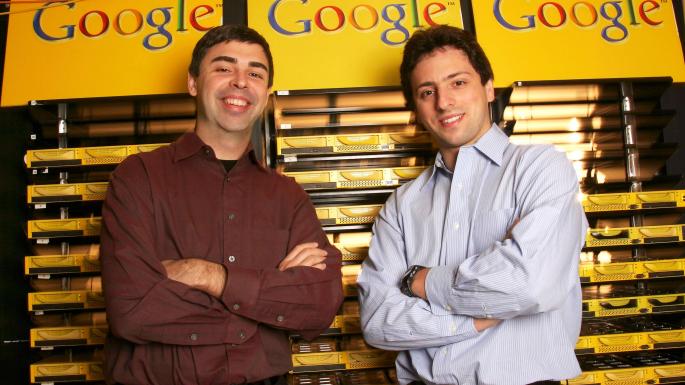 The web domain Google.com was registered by Larry Page and Sergey Brin 20 years ago. The name originated as a mis-spelling of googol, the digit 1 followed by 100 zeroes, reflecting the near-infinite number of pages they intended to index.

Since then Google has trounced all search-engine competition, entered the dictionary as a verb and acquired a controversial mega- monopoly on our personal data. Here are eight ways it has changed the world.

It has revolutionised searches
The Google search index contains hundreds of billions of pages and is more than 100 million gigabytes. If you want to find a long-lost friend or answer a technical question that would once have required a trip to the reference library, Google can do it in seconds.

It has made us dumber
The ability to search Google almost anywhere from our phones means that people no longer memorise information in the same way. This rewires our neural pathways and also affects our social interaction, as people no longer depend on knowledge in their community either.

People are also more likely to view short articles and YouTube clips and less likely to read a novel or watch a film. Alan Woodward, of the University of Surrey, said: “Our attention spans are becoming limited, we take data at face value and we find it very difficult to know what is the ‘ground truth’.”

It has ‘commoditised’ us
Google knows more about us than any government. It builds an intimate picture from our searches, our activity on Gmail and Google-owned YouTube, and geolocation data from our phones. This information is used to sell advertising, bringing in $90 billion a year.

“The quid pro quo for using Google for ‘free’ is that you’re the product and are giving up some of your rights, with little oversight of how the data might be used,” Professor Woodward said. “This may come to haunt us.”

It has power over businesses
Because online search is a gateway to products and services, Google’s monopoly gives it power over every industry. Indeed, businesses might click here to learn about how to keep on top with keyword ranking changes to ensure that they will be able to maintain their online presence. Some companies even complain that they must pay Google for their ads to appear above search results, or risk losing ground to competitors.

It filters what we see
Professor Woodward said: “When you combine the facts that we expect instant access to knowledge, we ‘graze’ and Google controls what we see, there is a risk that we may be getting a very narrow view of what’s out there.”

It transformed geographies
Google Earth has been used to record genocide in Darfur, monitor deforestation and locate lost archaeological treasures. Google’s primary motivation in indexing the real world is to make more money from ads, by telling us about services near by.

It has made us more global
Mark Skilton, of Warwick Business School, said: “It has democratised access to knowledge and work that previously would have been impossible to obtain for many people.”

On the other hand, Google and its YouTube subsidiary have also facilitated the spread of hate, through YouTube videos of Islamist preachers and Isis murders, for example.

Searching for inspiration
Archie was the first search engine, created by two students at McGill University, Canada, in 1990. It indexed file names but not page contents

AltaVista, created in 1994, was the most successful of the early search engines. It was bought by Yahoo in 2003

Ask Jeeves was established in 1996 to answer questions posed in natural language as well as keyword searches. In 2006, the site became the prosaic Ask.com